“CEREMONY FOR THE SIGNING OF THE COOPERATION PROTOCOL ON ARBITRATION AND MEDIATION BY İZMİR CHAMBER OF COMMERCE, İZMİR UNIVERSITY OF ECONOMICS AND EUROPEAN COURT OF ARBITRATION” AND “ CONFERENCE ON NATIONAL AND INTERNATIONAL ARBITRATION PRACTICE

A Protocol for Cooperation on Arbitration and Mediation was signed on March 11, 2016 at İZTO Assembly Hall by İZTO, İUE and ECA,  following the opening statements of Rebii Akdurak (President of İZTO Assembly), Prof. Dr. Oğuz Esen (Rector of İUE) and Att. Özgür Aşık (President of the National Committee of ECA-Turkey). Att. Mauro Rubino Sammartano (President of ECA) has also participated to the signing ceremony via videotalk and introduced ECA to the attendants. Prof. Dr. Huriye Kubilay (Dean of İUE Law Faculty) and Att. Duygu Mutluer (Secretary-General of İZTO) were among the attendants. Business community and academicians and the students showed great interest to the signing ceremony and the “Conference on National and International Arbitration Practice” given thereafter by the expert professors in alternative dispute resolution methods.

In his opening speech, Prof. Dr. Esen, briefly stated that; the arbitration procedure is the only way for corporations to have their disputes resolved quickly and accurately and the assignment of expert individuals and institutions provides this opportunity, the arbitration is exercised according to the principle of confidentiality which is by far the most important aspect for companies, especially in institutional arbitration the parties  can agree on the arbitration procedure to be administered according to the arbitration rules of the institution, and finally by the "Cooperation Protocol on Arbitration and Mediation" entered into between İZTO and ECA, the local businessmen and corporations of İzmir will eventually have better opportunity to apply to alternative dispute resolution and have their disputes resolved through international arbitration in shorter time.

With the Cooperation Protocol, the signatory parties, İZTO, İUE and ECA, have agreed to seek the purpose to assist foreign companies and the Turkish companies which are members of İZTO and in order to achieve this aim, to cooperate within the framework of the activities indicated in the Protocol for the promotion of the alternative dispute resolution methods.

After the signing ceremony, following presentations were made: 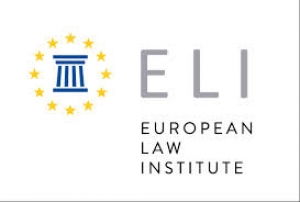